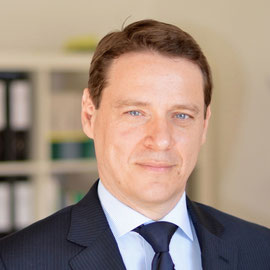 Andrea has been representing clients since 1996 in antitrust cases before the Italian Antitrust Authority and the European Commission, including several in-depth investigations. He successfully represented MasterCard in the landmark Italian antitrust interchange fee case.

Andrea has also developed a highly successful practice in regulation of e-payments.

Prior to founding De Matteis Studio Legale in 2011, Andrea headed the antitrust team for five years at Labruna Mazziotti Segni, a major Italian banking and corporate law firm, where he advised on the sale of Telecom Italia to Telefónica and other investors.

Previously, Andrea practiced for ten years in Brussels as a Managing Associate at Linklaters, a full-service international law firm; as an officer at the European Commission (DG Competition); and as an associate at WilmerHale, a top tier international trade and antitrust law firm.  In Brussels, Andrea was involved in the following cases (information available to the public):

Andrea is admitted to practice before the Italian Supreme Court and lectures on antitrust law at the University of Rome La Sapienza.  He was nominated for best Italian antitrust lawyer in 2011-2014 by TopLegal, a major Italian business law publication.

Andrea holds a J.D. with highest honors from the University of Florence (1995) and an LL.M. from New York University School of Law (1996).

"Andrea De Matteis of De Matteis Studio Legale focuses on the areas of electronic payments and data protection within competition law, and is increasingly recognised for his robust litigation skills: he is extremely effective in court matters and litigation – he's unafraid to go to court and has been successful on numerous occasions."

"He has only recently founded his boutique law firm. In this sector he has matured a profound specialization in the field of mobile and electronic payments in addition to e-finance and finance technology."

De Matteis Studio Legale has been been recognised for its work in the field of Italian Banking Law.

"Andrea De Matteis of DE MATTEIS Studio Legale is widely recognised for his work with leading international clients and is described by commentators as "entrepreneurial" and "very good at co-ordinating a deal."

"Andrea De Matteis of De Matteis Studio Legale is noted for his work in this field, with commentators highlighting the caliber of his clientele."

"With extensive experience gained from a decade at a major international firm in Brussels, Andrea De Matteis recently established his own boutique."

The current environment has rapidly accelerated the trend towards digital payments.

We are looking for an Associate with excellent academic performance and a desire to specialize in EU payments regulation.

Integrity, diversity and creativity are the name of the game at De Matteis Law.

We offer competitive salaries and an energetic, motivated and collaborative environment. We are interested in the success of our team and encourage individual development through constant feedback.

In particular, we offer:

We are based in Rome and Brussels and have a highly successful practice in regulation of payments in Europe.

In particular, we advise our clients on:

Our clients are leading multinationals. Our mission is to do well by doing good.